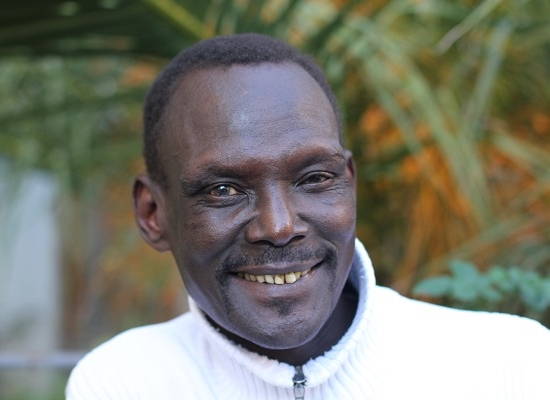 “The policeman asked me: “Are you Deng? I expected you to be Chinese!” Despite some funny situations, I consider myself lucky in Italy.”

“I have been living in Italy for 25 years now and perfectly remember the first day I landed in Rome. At that time, my country was in the midst of war and South Sudan was yet to be declared an independent state.

Living as a refugee in Italy was easier back in the 90s than it is today. Things were extremely different. There were just a few refugees and Italians were very welcoming, especially towards migrants like me, who were eager to start working in their host country. I started out picking tomatoes and, then, as I am fluent in Arabic, I became an interpreter and worked for many international organizations that provided assistance to migrants.

Being a refugee in Italy can be very challenging. I was going to small towns and villages where refugees were very isolated. Some of them would refuse to go to the hospital even if they were extremely sick and in bad shape because they were afraid of the possible legal consequences.

I consider myself lucky. I have a job, I speak Italian, and my life is in Italy. But of course, I also faced a few funny situations: I was in line at the main police station in Rome for the renewal of my residence permit. One policeman called my name out loud: Deng! So I stood up and approached him, he looked at me with a puzzled expression. “Are you Deng?” I nodded, and he checked my documents anyway to verify I was telling the truth. Then he said “I expected you to be Chinese!” And yet, my name is a typical tribal South Sudanese name! Whenever I think about it I can’t help but chuckle.”

from I’m a migrant